This anthology is dedicated as a commemorative book for Antonin Rychtecky on behalf of his 75th birthday in 2020. It compiles the proceedings of the 4th Willbald Gebhardt Olympic Symposium held at Charles University of Prague (Czech Republic).

In five sections, ten papers of the symposium are published. 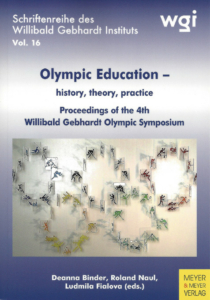 Volume 15 – Evaluation of Movement activities, play and sports offered at all-day schools in Northrhine-Westphalia [in German only] 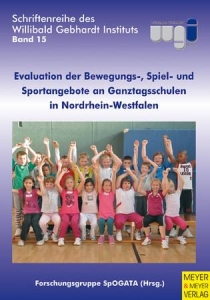 Volume 14 – Willibald Gebhardt and his successors: Sport und the Olympics in Germany until 1933 [in German only] 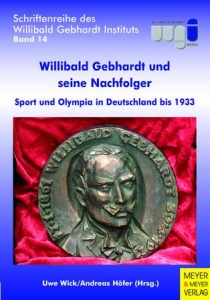 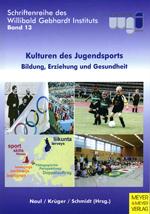 Volume 12 – Playgrounds und Spielplätze: The playground movement in USA and Germany 1870-1930 [in German only]

The aim of this study is to describe the foundation and development of the US-American playground movement, to explain the educational aims and to analyse them with regard to the effectiveness.  The research period comprises the decades between the end of the War of Secession and the entry of the USA into World War I . Furthermore the interconnections between the playground movement in the USA and the play education and playground politics in the German Empire as well as in the German Republic between 1919 and 1933 are analysed. The part of playground movement focuses the analysis, to which extend the foundation of the Playground Association of America and its works were influenced by the knowledge on the German Central Committee for promoting people’s and youth games and their measures to popularize the play movement. But the author also scrutinizes, whether the recognization of the playground movement by the representatives of the play and sports movement in Germany has abetted playground politics, playground development and its educational legitimation in the German Empire and the German Republic of Weimar. 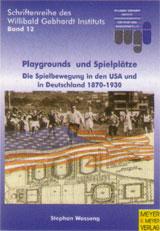