With floorball a stickball game had been developed that is suitable for children according to their individual development, and that now belongs to the canon of modern physical education at school. Elements of its own speak for an integration into school curricula next to hockey and ice-hockey, and also arguments are given which explain the advantage to stickball games traditionally found in physical education curricula. The investigation of floorball as new school game consists of an analysis on three levels. On the historical and intercultural level the genesis of floorball is reconstructed and it is analysed what background for an assimilation had been in Germany. On the sport cultural and sociological level changes of movement opportunities in the environment of children, adults and at school are portrayed and linked with tragets of a future development of sport and physical education at school. With the analysis of the object “floorball” in the syllabus the subject floorball is presented from its functional point of view and compared with hockey as reference. The arguments result in a curricular format that can be used in school physical education as well as in teacher training. Floorball can be used methodically as basic game where other games and sports can be developed from. The volume comprises an extended summary in English. 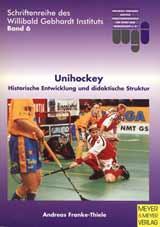 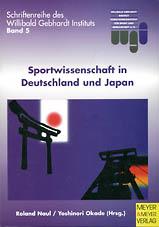 Volume 4 – German gymnastics, sport and games at school and in sport clubs. Youth sport between 1870 and 1932. [in German]

At the time of the German Empire and in the Weimar Republic, the physical education curriculum included various forms of gymnastics, games and sport, each with its own emphasis. These same elements also lastingly shaped the unregimented physical activity of children and young people and the first clubs that were organised for them in the late 19th and early 20th century. This book provides an overview of the development of school sport, the early days of club gymnastics for schoolchildren, and young people’s sport in games and sports clubs. It includes a historical retrospective of the previously almost unknown early interaction between schools and clubs as institutions for the development of youth sport in the period from 1870 to 1932. The volume comprises an extended summary in English. 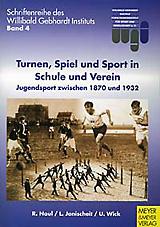 Volume 3 – Willibald Gebhardt: pioneer of the Olympic movement [in German]

The beginnings of the Olympic movement are strongly connected with the name of Dr. Willibald Gebhardt. This anthology contains results of a symposium held in Berlin where historians, pedagoges and journalists had given lectures from different points of view. Gebhardt’s career, his traces in Berlin, his work as natural scientist and supporter of sport science as well as Gebhardt as Germany’s representative at Olympic level are fully portrayed and analysed. In addition attention is paid to the question of why the Federal Republic of Germany only paid scarcely attention to the pioneer of the Olympic movement whereas the German Democratic Republic very soon rediscovered him in the course of their cultivation of Olympic traditions. 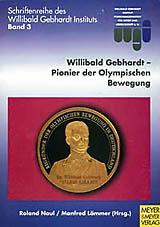 Volume 2 – Games education at school: a history of movement games [in German]

The study considers the example of secondary schools in the Rhine province in order to investigate the genesis of school games, from their initial theoretical foundation through Basedow (1758) up to the end of the Weimar Republic (1933). It reconstructs and analyses the underlying technical theories, the administrative measures employed, the actual conditions at schools, and the possibilities for implementing the theories. This shows which factors encouraged or hampered the teaching of German stickball, football, tambourine ball and other games. Although the function of and the necessity for school games had been established many times, the subject was not officially included in the secondary school syllabus until 1882. Owing to poor administrative support and lack of school facilities further 43 years went by before, in 1925, “games” was promoted to an equal curricular position within the subject “physical training”, but by 1932 physical education was having to be restricted once more because of the dismal financial situation. The volume comprises an extended summary in English. 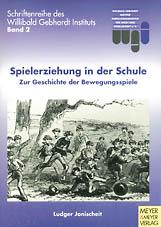